Guizado, (trumpet), Chicão (keyboard), Zé Nigro (bass), Samuel Fraga and Tony Gordin on drums, in a special session of the Early and Sitting Project do Studio SP. The night promises, the group’s mix of soul, jazz, funk and rock is super engaging. Ilhan recognized as a visionary musician and producer, created Wax Poetic, in 1997, with a collaborative proposal of several musicians, in a delicious combination of jazz with pop, reggae, among different styles and was the seed that gave rise to the Nublu concept. Norah Jones, Jamaican singer U-Roy, singer N’Dea Devenport (Brand New Heavies) and Brazilians Karina Zeviani, Otto and Bebel Gilberto, among many others, have already participated in Wax Poetic. 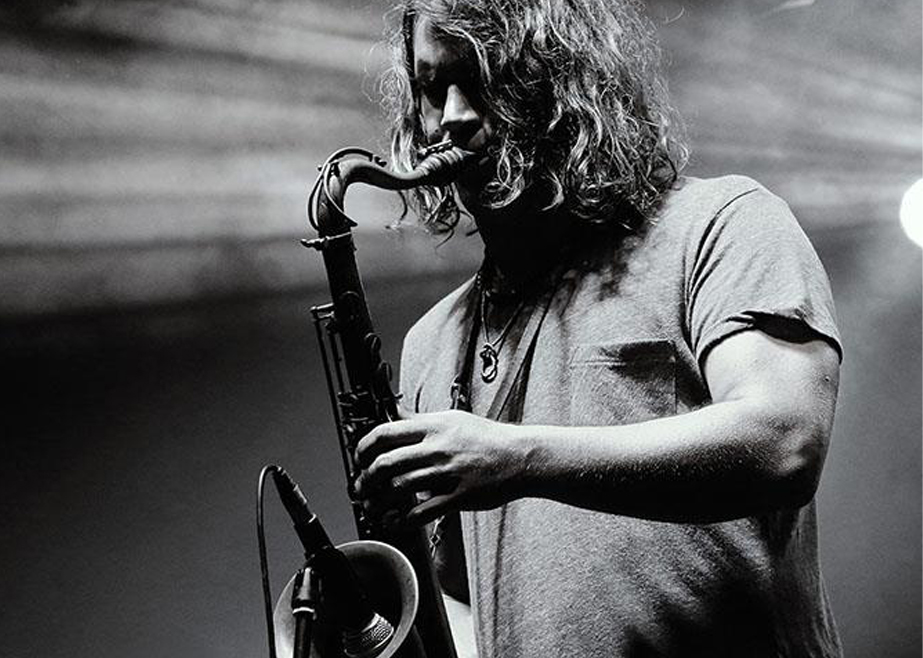 The creative and adventurous Ersahin, born in Sweden and raised in Turkey, started playing saxophone at age 16, delved into more traditional jazz when he moved to the United States studying at schools like Berklee, but in the mid-1990s he found himself drawn to the potential. combinations of jazz with reggae, dub, rock and many other genres. In 2002 he opened Clube Nublu, in New York, one of the main points of improvisation and cosmopolitan music, recognized worldwide. The Nublu Records label, as well as the festival, came as a result. This festival has already been filmed in France, USA and Turkey, here in SP it takes place mainly at Sesc Pompeia and has already brought names like Archie Shepp, John Cale, Kamasi Washington and Cymande, among many others. The musician with a lot of stories to tell, talked to this column about jazz, Nublu, Brazil and more:

Adriana Arakake: When did jazz enter your life?

Ilhan Ersahin: Jazz came into my life when I was reading On the Road by Jack Kerouac. I was curious about that as it’s all over the book, but at the same time, in my teens, I was curious about music. I consider myself more of a musician than a jazzer, I think. But when I really got into it was when I moved to the United States when I was 21 years old.

AA : And with Brazilian music, how were your first contacts?

IE: My wife is Brazilian, so I’ve been coming to Brazil for 25 years. On all these trips, I’ve met and befriended many great people and musicians. It was natural to start playing and collaborating with Brazilian musicians. I now have 2 bands in Brazil. One is what we’re playing this Wednesday, we don’t actually have a name yet, but it feels like a band. We have an album coming out in a few months, which we recorded just before the pandemic. This band is with Guizado, Samuel Fraga, Tony Gordin, Chicao and Zé Nigro. Amazing people, friends and great musicians. My other band called Praia Futuro is with Dengue, Catatau and Yuri Kalil. Another great gang! We also have a new album coming out soon, our first album was all instrumental, the new one will feature different vocalists.

AA: A lot of artists have adapted to continue creating during the quarantine, I read that you produced and released a lot of things, how was that period for you?

IE: Me too, and I produced a lot. I’ve been working on these 2 albums and a few other projects, like a new project I have with a Turkish DJ / producer, Oceanvs Orientalis. I’ve also been working on tracks with my Istanbul band called Istanbul Sessions. Alos (project by Stefania Pedretti) finished an album here in NYC with Dave Harrington, from the band Dark Side and the great drummer Kenny Wollesen. Also, I was painting, fixing and redecorating my three clubs in NY. Now there’s Nublu, Studio 151, which is the second floor above Nublu, where we now have amazing sushi, cocktails and vinyl djs, and then there’s the original Nublu which is now called radionublu. It will be a cafe and a radio station lounge. So yeah, I was doing a lot of things. 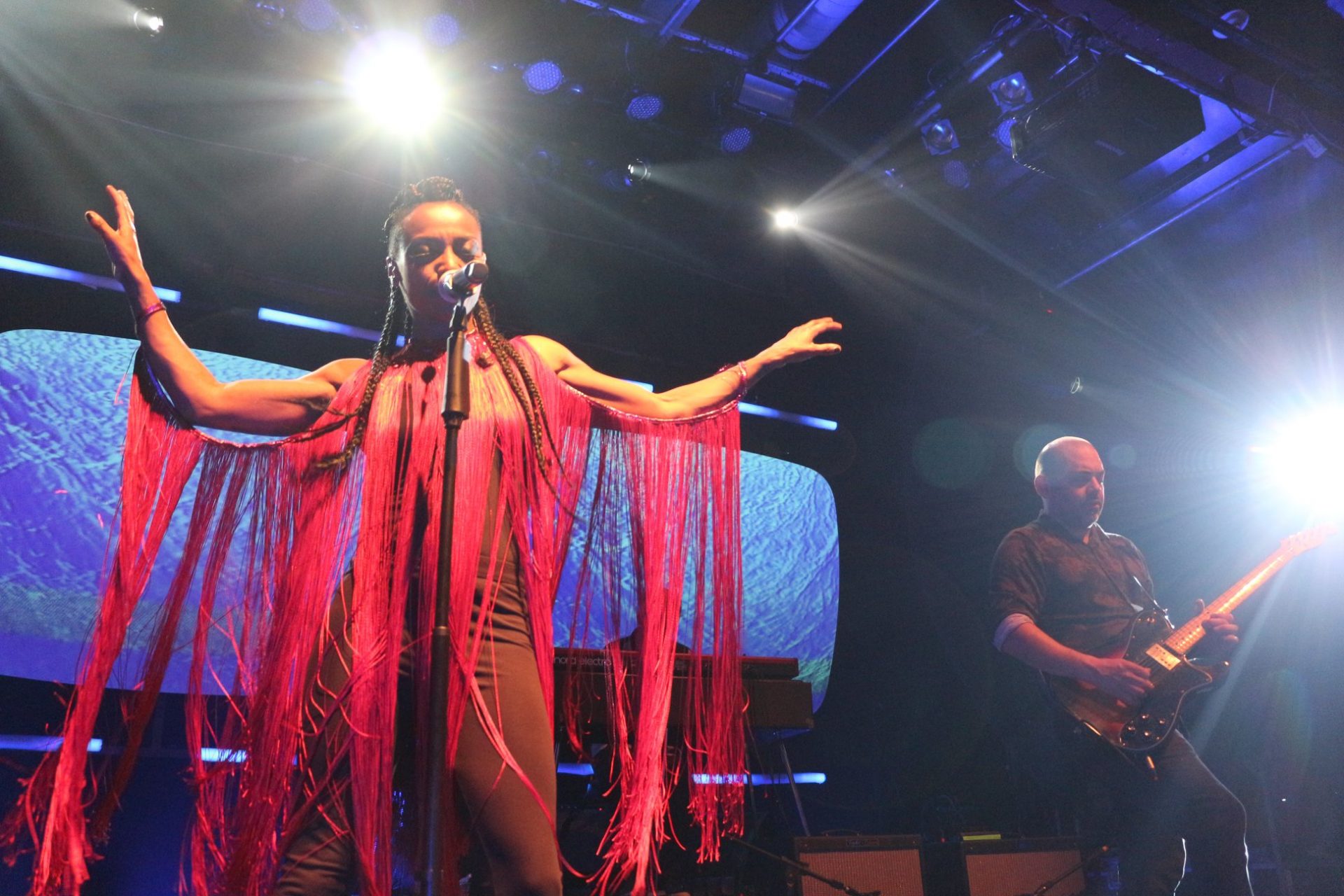 AA: You renewed jazz in the 1990s with Wax Poetic, mixing different elements and styles, launching Norah Jones to stardom, for example, can you tell us a little about that experience?

IE Yes, it was a time in my life when I made a big decision to change my musical cause. For 10 years I was playing strictly traditional jazz and practicing a lot, playing mostly patterns and imitating my jazz heroes. But then I started listening to Massive Atack etc, and I went back to my teenage music which was punk, ska, reggae etc. So, I made a difficult decision to stop playing traditional jazz and just make my own music, because it was the most natural way.

AA: How is your creation process?

IE: I get creative when I know a recording or some shows are about to happen. I like to write specifically for people who are on upcoming recordings or concerts. I don’t normally just write songs and adopt them for anyone. Like when I write and create patterns and melodies, say for the Istanbul Sessions, I write with the 4 members in mind. But I also have a nightclub where I listen to good music every night, that lifestyle makes a person creative, because you just have to be open and creative to be able to handle the whole process. 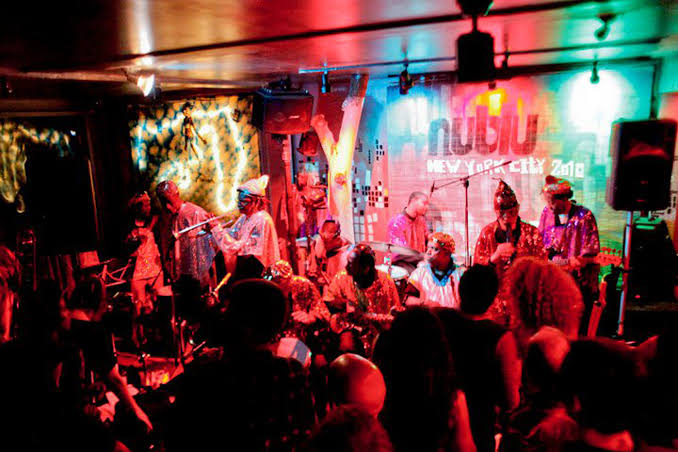 AA: Nublu clubs have become jazz meccas, welcoming renowned artists and being recognized as polytenic, and innovation is one of their trademarks. This probably has to do with your origins and your travels around the world, right?

IE: I think so, my origins are half Swedish and half Turkish and spend a lot of time in NYC, Istanbul and Brazil, mainly in SP, Rio and Florianópolis. But also the East Village, where I live, is the most creative corner in the world. People love to say Brooklyn Brooklyn … but the list of bands and artists who have lived and live in the East Village is looong. From Lou Reed, Charlie Parker, Sonny Rollins, all the CBGB bands, Jack Kerouac, Allen Ginsburg, Arthur Russell, Jackson Pollock, etc. 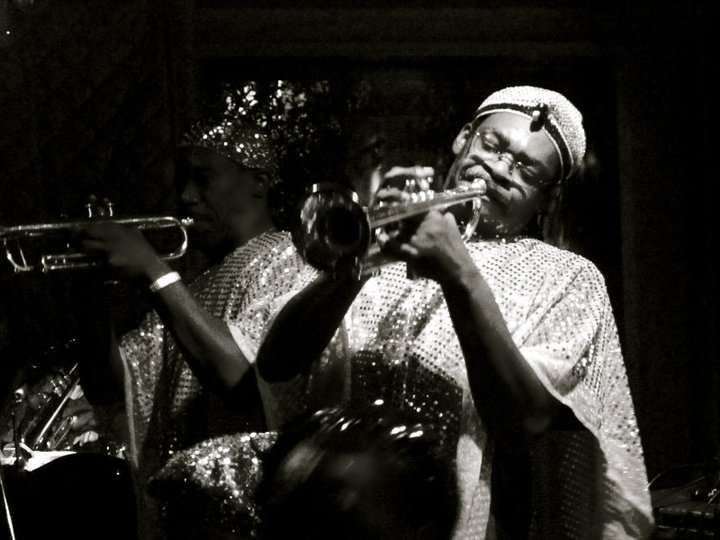 AA How did the Nublu Festival idea come about? It seems to me that the club had to travel too, to keep up with the club’s multicultural rhythm, how did you bring it to São Paulo?

AA: What are you guys up to for this Wednesday’s Nublu Sessions show at Studio SP?

IE: I love the guys on this project, all great musicians and fun guys to hang out with. Music is the purpose of conversations and that’s why for me it’s important to share interest, curiosity, musical explorations and a bit of madness with them. We have a concept to follow, let’s explore a more linear rather than circular approach that exists in most music. It is not a repetition of verse, chorus etc etc. It’s like we’re making up the moment rather than doing an informal jam. It’s a different approach. Jam is one thing and improvising is another different way I mentioned.

The show at Studio SP this Wednesday starts at midnight, it’s free and a must-see.