Since March 2020, the most varied cultural events have been canceled and banned to prevent the spread of Covid-19 transmission, which is more frequent in large agglomerations of people. Now, with the advance of vaccination against the disease and the decrease in the number of cases and deaths, social isolation measures are being relaxed, and museums, art galleries and concert halls are returning to operation to receive new exhibitions and open shows to visitors – among them, the performances of the underground scene. 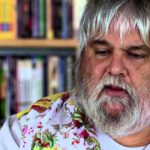 The new coronavirus pandemic hit Brazil quite severely, causing the country to reach more than 600,000 fatalities from the disease, placing it in second place in the ranking of deaths. Fortunately, the disease situation is currently under control, due to the advance in vaccination of the population, which is already more than half vaccinated with two doses or a single dose vaccine. Also according to data released by the G1, the moving average for the last week (recorded on November 22) was 208 deaths – a drop of 14% compared to the previous week.

From this scenario of exit from the health crisis, cultural events are making a comeback. Several artists and bands have not performed for their fans for almost two years, which makes this return to the stage even more special, with the presentation of new songs that were released the day before or during the pandemic, which prevented the interpretation of this new material to the alive.

The Fabrique Club concert hall, in São Paulo, is one of those places that recently returned to activity and will host shows by bands in the coming weeks. On December 4th, the space will welcome the band Minor Acts, who promised to present their new singles “Breu” and “Muro”. The first song was released in early November, while the last will be available on streaming platforms on the eve of the show in São Paulo, on December 3rd.

The band’s formation has Cyro Sampaio (guitarist and vocalist), Ricardo Mello (drummer) and Celso Lehnemann (bass player). In addition to the new songs, the group will perform songs from their old works, from the albums Lapso, from 2018, and Animalia, from 2014.

Another recent show at Fabrique, in São Paulo, was the band Bullet Bane, on November 20th. The show was the first presentation to accompany the studio album Ponto, which was released on the eve of the health crisis, in March 2020, making it impossible for the group to follow their work plan for the material, which included a tour that was cancelled.

The band is 12 years old and has the vocals of Arthur People, Danilo de Souza e Fernando Uehara on guitars, Rafael Goldin on bass and Renan Garcia on the battery. The setlist of the presentation included the tracks from the most recent album, Ponto, and also recently released songs, such as “Sentir” and “Remember when it started” – the last one is a collaboration with Lucas Silveira, gives Fresno band.

Proof of vaccination is required for anyone wishing to attend the various events that are planned for the coming weeks. For those who wish to attend performances and exhibitions by artists and musicians, it is recommended to wear comfortable clothes to face the lines and the dancefloor, and there is also the possibility of taking children and pre-teens, who can wear softer shoes, such as crocs infantil, if your entries are allowed by the space rating.

The return of independents. Bands start to move on stage