What kinds of dramas are working well for ZDF?

High-quality fiction has always been of great importance for ZDF, especially in the crime drama and melodrama genres, and series such as Wilsberg and The mountain doctor regularly achieve a market share above 20%. Historical miniseries successes include Ku’damm 56 and Ku’damm 59, with the theme of emancipation in the 1950s, and also Tannbach (aka Line Of Separation), set at the time of the division of Germany after the Second World War.

What are you looking for in particular?

Apart from the popular crime formats, we are also currently interested in strengthening non-crime dramas. After the great success of our high-end seriesBad Banks and Perfume, we are now looking for other miniseries for audiences under 50.

What is the state of the drama market now in 2019?

How has the rise of the streaming services and OTTs impacted the space for TV drama, viewers’ habits and your commissioning choices?

As a public broadcaster, we are concerned with having a wide variety of programmes for a range of audiences, and we do not exclusively target affluent city dwellers. We also have a growing number of people watching films and series in our free VoD service. In order to appeal to these users, we focus on themes, genres and narrative styles that expand our traditional cosmos, correspond to our USP as a public-service broadcaster and, at the same time, can withstand international competition. We are currently developing a number of new series for our younger-skewing channel ZDFneo, which are strongly character-driven and are aimed specifically at the 30- to 40-year-old target group. 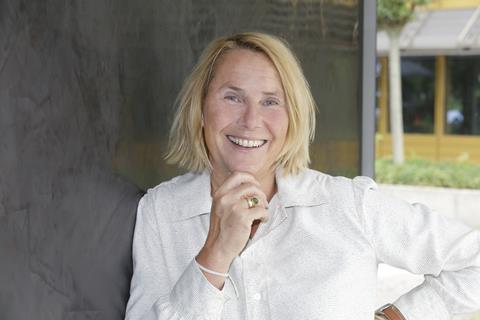 Has the competition for talent become more intense and has this had an impact on budgets?

Competition for the best ideas has increased and this also has an impact on costs.

If audiences are becoming ever more fickle and harder to retain across a series, does this impact the story arcs and the writing?

With the ever-increasing availability and distribution of series, consumption is also increasing, especially among the young target groups. This does not necessarily mean, however, that the number of series that are told completely horizontally and are thus oriented towards binge-viewing will continue to increase in the long term. There will also be a market in the future for classically narrated series with single-episode plots and ongoing character arcs. Either way, the Billy Wilder rule applies: “Never be boring.”

Are the streamers now shying away from co-productions and seeking to retain all rights? If so, what impact does that have on your own commissioning choices?

VoD rights play, in principle, an important role for us. When it comes to co-productions, it is important for us that we are the first to broadcast in our market and have the corresponding holdback rights.

What series do you have coming up, and how do you see them playing both nationally and internationally?

Our miniseries Beautiful Germany, which tells the story of Italian guest workers in the post-war period, was broadcast in March. This will be followed in the autumn by miniseries The Lost Daughter about the uncovering of a family secret, and Bauhaus — A New Era about the beginning of the Bauhaus movement in the exciting time between the two world wars, which premieres at Canneseries. Event miniseries The Wall offers a new look at the time of the fall of the Berlin Wall.