Pio and Amedeo are childhood friends that growing up in a small Apulian village, they shared everything, up to the most critical moment of those who live in the south, the diploma. Then, like the story of many young people looking for their way, they separated. Pio made a career in finance in Milan, Amedeo stayed at home, and instead of becoming a doctor, he runs a health care shop, until years later, fate brought them together.

TV under the tree: Eleonora Daniele and Alberto Angela at Christmas, New Year’s Eve with Amadeus

The most irreverent comedy couple on TV, Pio and Amedeo, make the leap into author’s comic cinema, in Belli Ciao (from 1 January in the hall), directed by Gennaro Nunziante, the top-grossing director of Checco Zalone’s films. After the success of the show on Mediaset, Happy evening, and the controversies that followed the monologue, manifesto of the politically incorrect, Pio and Amedeo, put themselves at the service of the film, sipping their comic slang, the trademark of their popularity. “The idea was born over two years ago, occasionally after a meeting with Nunziante, we decided he was the right director, we are different, but he is an excellent coach for two crazy people like us” said Pio at the presentation of Belli Ciao .

“I wanted to bring out their best qualities, the comedy can be strong or not, but credibility is everything in a film, they both stepped into the role of comic actors in the service of the film, with which we built solidity”, added the director via streaming. And in fact the television comedy is different from that put into the film. “On TV we tried to re-educate people to lightness, in this film it is true that there is not what one expects, we wanted to displace, but in the cinema we have preferred history, there are no our television misconduct. On the contrary, we ask ourselves about the obsession with success, whether it is right to seek it or rather be satisfied ”adds Amedeo, just like the character he plays. Furthermore, in Belli Ciao, the rich and productive North is no longer the mirage of happiness, which is combined with a less hectic lifestyle, typical of the South. “I live in Milan and Amedeo has remained in Foggia, attached to his origins, so there is also our history and also the reason why we often discuss north / south issues, but in the film we overturned the cliché. No more the run-up to money, to social climbing, because down you can dream, we invite you to hope, to positive sentiment ”admits Pio. 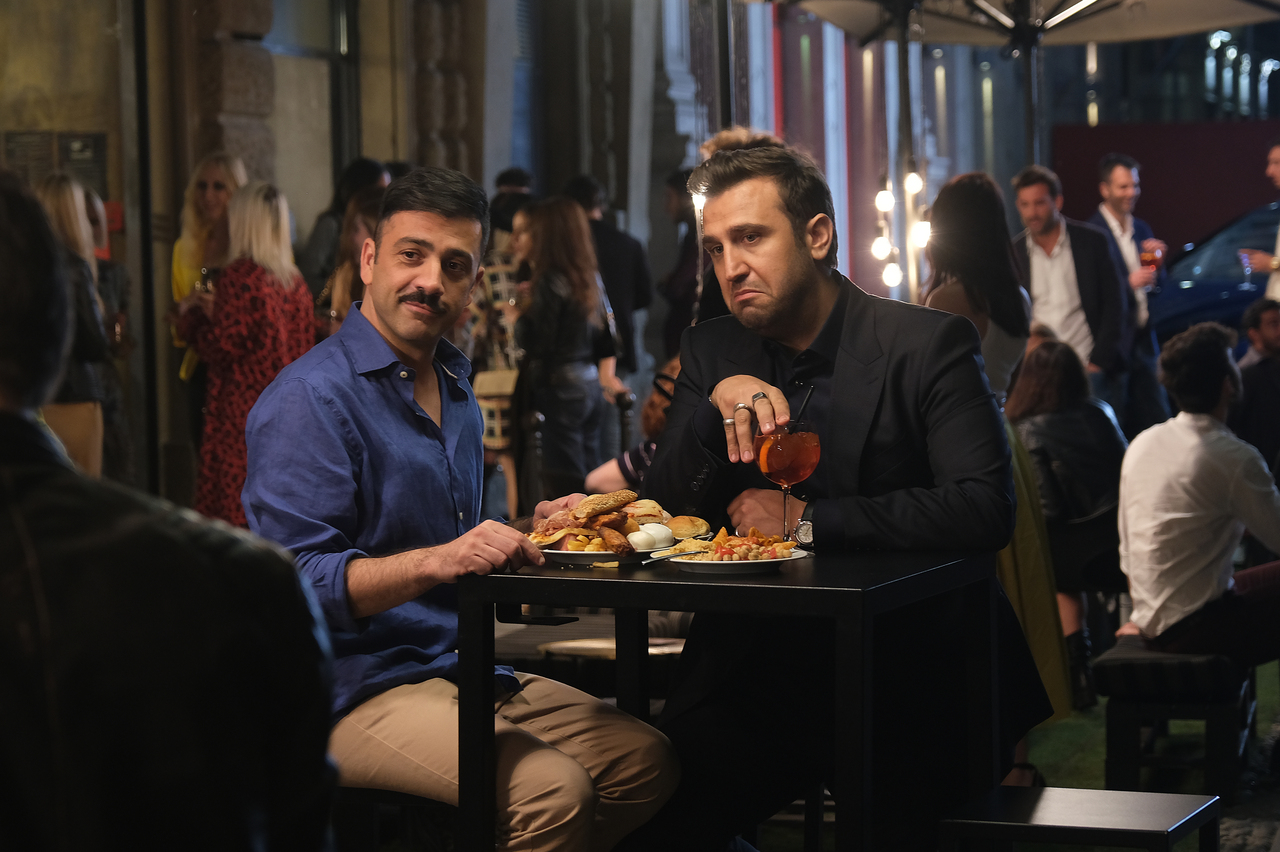 In the film, therefore, the fans of the Apulian comic couple will find a different comedy. “Nunziante was a song that did not distort us” underlines Pio, even if “the first days of shooting we tried the extra bad word, and Gennaro told us let’s take it off, let’s lower the tone. We were afraid that the public would not recognize us, but we trusted ourselves to the first time to a person other than the two of us who made us understand that cinema is a serious thing, and you don’t make jokes just to put them in the trailer “replies Amedeo, who has a counter-current consideration regarding the profession of artist: “it’s an overrated profession, a world as ephemeral as success, but the thing I appreciate about Pio is that we both manage to share this lightness, enjoying the moment”.

In the film, Pio’s partner, a fashion influencer, shows the extreme side of this new profession. “We use social media, but the ostentation is absurd. We know people who go to restaurants, take only the dessert and make a story on Instagram” says Pio. “The culture of appearing is overwhelming us, showing everyone where we are, what we eat, and pay attention above all to children, there are people who, while returning home, make stories with their son who hugs him. We have social networks for show our work, without exaggerating otherwise it becomes a disease “.

Upcoming engagements? “We will do another program in 2022, Felicissima Sera, but next autumn and we are already thinking about another film. In the spring we will be back with something on TV that we still cannot say”.

Pio and Amedeo: «In“ Belli Ciao ”we talk about the obsession with success and social media». In 2022 the return to TV and a top secret project