French studio Gaumont is bolstering its commitment to its global animation and family output with two new hires – Karen Vermeulen as SVP of global co-production financing and business development and Cyril Le Pesant as the new head of animation and family at Gaumont Animation.

Vermeulen will join in August and be based in Gaumont’s London offices, where she will work closely with Terry Kalagian, SVP of creative development, animation and family, and her team to handle funding models and partners for the current development slate and serve to identify new co-pro projects and future opportunities. 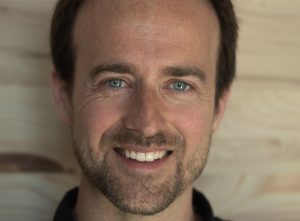 Le Pesant, meanwhile, joined the company this month. Based in Paris, he will will work with the animation and family teams in the US and UK across the sourcing of IP, co-productions, development and production with a primary focus on running the Paris-based studio which will report to him directly.

“I can’t begin to express how thrilled we are to have both Karen and Cyril join the Gaumont team,” said Nicolas Atlan, president of animation and family, to whom they will both report. “I’ve known Karen for many years and I’ve always wanted to work with her, and Cyril’s energy and passion makes him a perfect fit for our team. Together they bring a new level of creative expertise and technical skills which will further add to the momentum Gaumont continues to build across Europe and around the world.” 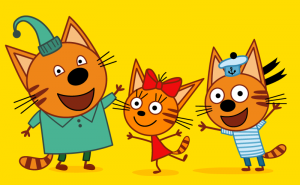 Kid-E-Cats picked up by Spain’s RTVE

Spain’s RTVE has picked up seasons one and two of CTC Media’s preschool animation Kid-E-Cats for its children’s TV channel Clan, following a deal with APC Kids, the kid’s entertainment division of co-pro and distribution company APC Studios.

Kid-E-Cats is owned and managed by CTC Media and produced by Studio Metrafilms. It follows the story of three kittens – Cookie, Pudding and Candy – as they get into adventures and learn life lessons.

The third season is completed and series one and two are currently available on Nick Jr internationally in more than 170 territories following a deal signed between APC Kids and Nickelodeon International in 2017.

Lionel Marty, MD of APC Kids, says: “We are excited Kid-E-Cats will soon be airing in Spain on RTVE’s Clan, one of the leading children’s channels in the region. The show is enjoying outstanding success globally and we’re looking forward to strengthening the presence of Kid-E-Cats in Spain.” 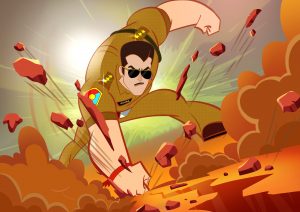 India and Singapore-based animation studio Cosmos-Maya is to adapt the Bollywood Dabangg franchise into an animated series following a deal with Arbaaz Khan Productions.

Season one will enter production this year, with the second to be worked on in 2021.

The series chronicles the day-to-day life of quippy cop Pandey as he fights to keep his city safe, while watching out for his younger brother Makkhi.

Arbaaz Khan, who produced the three original films, and directed one of them, said: “Chulbul’s persona is larger than life and in animation his adventures will be showcased as never seen before. We are very happy to be working with Cosmos-Maya on this glorious franchise which has won the heart of millions.”

Anish Mehta, CEO Cosmos-Maya added: “We are delighted to be partnering with Arbaaz Khan Productions in this historic merger of Bollywood and Animation. As a trendsetter in the industry, Cosmos-Maya is, for the first time ever, bringing a major Bollywood franchise to animation with the adult protagonist being portrayed as an adult.” 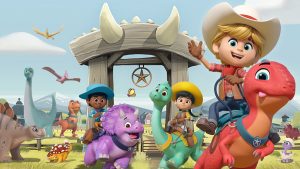 Currently in production, the 52 x 11-minute Dino Ranch was created by Matt Fernandes of Industrial Brothers and produced by Industrial Brothers and Boat Rocker Studios in association with Disney, Radio-Canada, and CBC Kids. It follows the action-packed adventures of the Cassidy family as they tackle life in a fantastical setting where dinosaurs still roam.

The series is set to launch on CBC and streaming service CBC Gem “soon” and is also due to launch in the US on Disney Junior in 2021.

Remy & Boo is also a 52 x 11-minute series, created by Matt Fernandes of Industrial Brothers, and produced by Industrial Brothers and Boat Rocker Studios, in association with Universal Kids, CBC Kids and Radio-Canada. It tells the story of the unique friendship between adventurous six-year-old girl Remy and a squishy pink robot called Boo. The series premiered on Universal Kids in the US earlier this month.

The deal follows CBC and Radio-Canada’s recent commission of the Industrial Brothers and Boat Rocker Studios animated series Kingdom Force, which launched on CBC and CBC Gem in December and will air in French on Radio-Canada beginning January 2021.

Jon Rutherford, MD of kids and family and president of rights at Boat Rocker Studios, said: “We are excited to continue to grow our partnership with CBC across these stellar shows, hot off the heels of the launch of The Next Step series seven on CBC Gem. We are sure they will follow the success of The Next Step and become firm favourites with kids and families across Canada.”