Khan turned into a bollywood and hollywood star for his roles in movies like ‘Life of Pi’, ‘Slumdog Millionaire’ The ‘Jurassic World’, even after a period in which he was about to leave the cinema.

The actor, with a rare cancer diagnosed in 2018, was admitted to the Bombay hospital this week for a colon infection. His death was announced on Wednesday by his agent, according to which “Irrfan fought to the end and always inspired everyone who approached him.”

Born on January 7, 1967 in the Indian state of Rajasthan (north), he discovered his passion for theater at a very young age and studied at the National School of Drama in New Delhi. But playing the classics did not help him in the 1980s, a decade in which a more commercial cinema prevailed in India.

He landed a role in Mira Nair’s ‘Salaam Bombay’ (1988) but in the montage his role was reduced to a simple appearance.

Directors did not choose him because of his unusual physique. Frustrated and about to leave, the British filmmaker Asif Kapadia calls him for ‘The Warrior’ (2001), adaptation of a traditional Japanese tale, where he achieves praise for his role with almost no dialogue. The film opened the door to a new generation of directors.

In 2008, his face became known worldwide thanks to ‘Slumdog Millionaire’ from Danny Boyle, a film that won eight Oscars, where he plays a police inspector.

Cancer, ‘a jug of cold water’

The actor was critically acclaimed for his roles in
‘Life of Pi’ (2012) from Taiwanese Ang Lee and
‘The Lunchbox’ (2013), Ritesh Batra’s romantic comedy.

Western audiences “appreciate the depth given to a character,” he explained to AFP in 2015.

It only remains for him to appreciate “the little formalism and the importance of personal relationships in Bollywood” because “things are too compartmentalized in Hollywood and the system can be rigid.”

Father of two children, Irrfan Khan He acted in a hundred films, winning multiple awards and earning the admiration of his peers. During the promotion of ‘Inferno’ (2016), actor Tom Hanks called him the ‘coolest guy in this room’.

His life takes a tragic turn in 2018 with the announcement of his cancer. He moved to London for a year to be treated, accompanied by his family, after which he became a single father in ‘Angrezi Medium’ (2020). 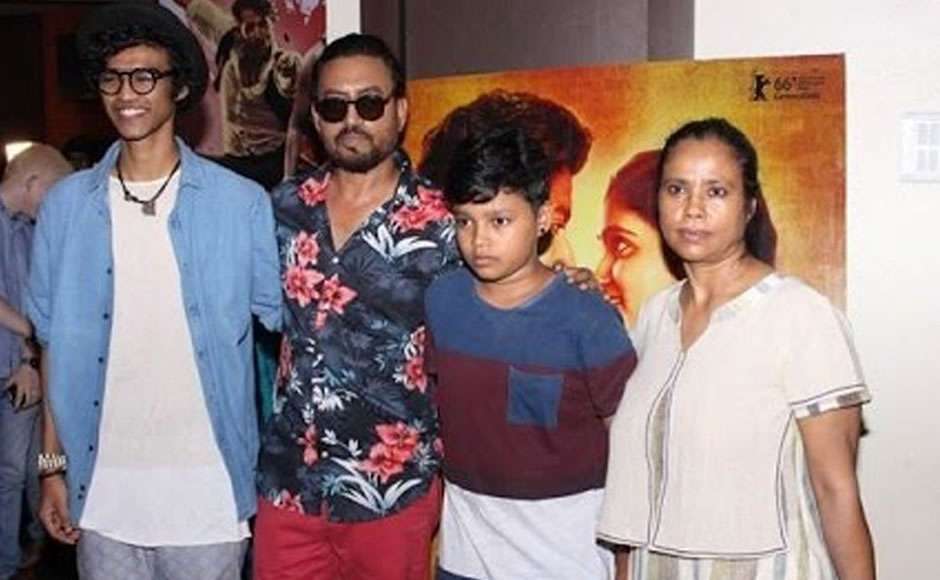 Khan is survived by his children and his wife.


FURTHER: The mother of actress and singer Verónica Castro dies

In March, he explained to the Mumbai Mirror, a Bombay daily, that his life since the news of his illness has been like ‘a jug of cold water’, where ‘happy moments become important due to the underlying uncertainty’. “We have cried a little and laughed a lot,” he described.