After a long pause, the Prague Band Music released a new album “Colorful Dreams”, which definitely confirms the new era after the end of the collaboration with Michal Ambrož. We talked about all this with our brothers Vladimír and Bohumil Zatloukalové and finally with the singer Zdeněk Hnyk, who came at the end of our interview.


Gentlemen, how you spend the fall (We conducted the interview some time ago – editor’s note)?
Vladimir: Autumn of life? The answer is the song “Autumn” on the record. The text was made by Karel Haloun. Bohumil: Here’s how we feel. (Lets me read the text.) We don’t like freaks, but this is kind of a bit. Vladimir: Karel also made the cover.

It reminds me a bit of beauty or a face.
Bohumil: I see a strange butterfly in it and I still see a flycatcher. Vladimir: I see a face in that. Bohumil: It depends on what I focus on. Vladimír: It’s a dream and you often don’t understand dreams.

Do you have colorful dreams, according to which the whole collection is named?
Bohumil: It seemed to me a week ago that I had met myself, but younger, we were talking about girls and asking me something personal, and when I told him I would explain it to him to avoid it, I woke up.

In 2015, the band Hudba Praha split into two formations, which continue to play the songs Hudby Praha and Jasné páky. Guitarist Vladimír Zatloukal teamed up with other original members Jirka Jelínek, Ludvík Eman Kandel and his younger brother Bohumil Zatloukal to form the Hudba Praha Band. This set was completed by frontman Zdeněk Hnyk, Tomáš Stloukal, Jamaica Kaucká, Daniela Litváková and Jakub Douda. This year they released the album “Colorful Dreams”. They have included new pieces written in the past two years, two songs that fans already know in concert (“Colorful Dreams” and “Someone Goes Flat”), and two leversthat were never filmed in the studio (“Stop it, stop it” and “Darling”). All songs are original and their authors are members of the band. The resulting work is, as the name suggests, very colorful in theme and genre – hard rock songs alternate with fine rock ballads.

It may have come as a surprise to you when you met yourself. Somehow I missed the information that you separated from Michal Ambrož six years ago.
Vladimír: Michal was quite ill, and when he recovered, he invited us to Okrouhlice, where we rehearsed a playlist for the next seventeen concerts. After the rehearsal, however, he came up with the idea that the concerts would not be played, that he canceled them all, which was a crazy shower for us. He almost didn’t want to play and wanted to make one line a year, one Acropolis. He wanted to start some new psychedelic direction in the band. Bohumil: He couldn’t play, but in a fortnight he played with David Koller. Vladimír: We got angry and practically the whole band left Michal. Fans, friends, journalists immediately rushed at us. It was dense, because it happened in the summer, it was the cucumber season, so they immediately caught it and they thought we were bad. Nobody knew the background. We then approached Bohouš and Jamaica with Jirka Jelínek, who left in 2009 due to earlier disagreements. Today, there are five of us from the original Music Prague – me, Bohouš, Jamajka Koblicová, Daniela Litváková and Jirka Jelínek from the group that recorded the most important CDs. We are joined by frontman Zdeněk Hnyk, drummer Tomáš Stloukal and saxophonist Kuba Douda. Bohumil: We may play better now, but we are evolving. It’s a little different, but the sound has always been made by guitars and vocals, that’s just there.

You noticed after gauge outflow of fans?
Vladimir: At first, yes. But I think that by keeping the original sound and style, they come back to us. Bohumil: We continue in the original Music of Prague. It’s more modern, we have different thinking, but one goes back to the essential. Michal plays chansons now. He remade the old songs into a more intimate form. But it occurs to me that people appreciate that we haven’t softened up. 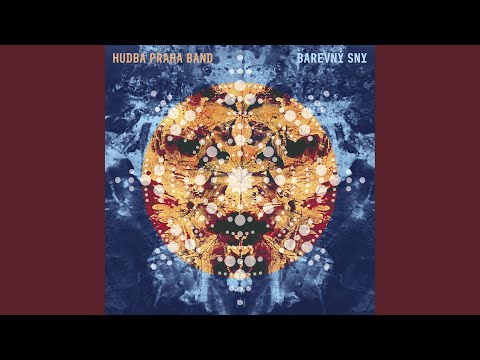 Now you have been forced not to perform because of the covid. How did you, the old rockers, endure it? How did you use the unexpected free time?
Vladimir: I was in exile at the cottage and I was uncomfortable with my son and daughter-in-law. It took about three weeks, but then we thought we could use it, and a CD came out of it. Bohumil: I had it differently, my wife was having hip surgery and the moment the covid started, I brought her home after a month of rehabilitation. I watched what would happen, so I got up, took the woman and went to the cottage with her. I’ve never had a vacation, so we made up for it. 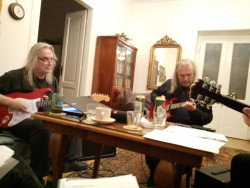 What it’s like to publish in a way debut (for the band with the suffix ‘Band’ – editor’s note) after so many years and boards?
Bohumil: I don’t take it that way, I just keep doing what I used to do there.

Who contributed to the content page with the lyrics?
Vladimír: The lyrics of two of his compositions were written by Zdeněk Hnyk, one song was written by Jamaica. Otherwise, there are lyricists who have worked with us before. Antonín Kašpar – sculptor who also wrote for Jasná páka, Jarda Astr, Richard Maška, Pavla Jonsson, Jan Sahara Hedl, Karel Haloun and Tomáš Čestmír. Bohumil: Michal Staša, who is also behind the lyrics for Vláďa Mišík, also contributed.

Did you approach working on the material differently this time?
Bohumil: The whole recording process was different. It was absolutely calm, the two of us managed the whole shoot, there was no conflict. We got excellent conditions in the Petr Janda Abyss studio. Vladimír: Many thanks also to the master of sound Petr Kovand. Bohumil: He was known to work with world names. He gave us a chance to speak. Everyone was ready, for example drummer Tomáš Stloukal came and sat down and played everything straight away. 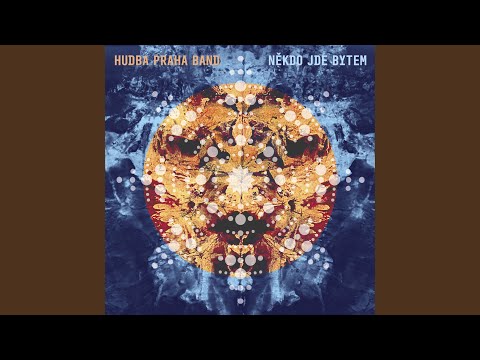 (Singer Zdeněk is coming. We were just remembering their song “There’s a God in beer” and they were talking about beer.)

Zdeněk: Because of the covidid, I couldn’t even go for a beer, so I wrote the song “Redhead” with the subtitle “And yet it’s spinning”. Redhead with white hat. Bohumil: Music Prague has always been known for its positive attitude towards beer. Zdeněk: I fit in well. Vladimír: It was said about us that we are both too loud and that it is difficult to go for a beer with us. 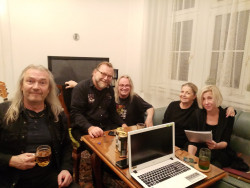 Zdeněk, what is it like to work with the gentlemen?
Zdeněk: The cooperation is great. I’ve known the boys for a long time, we’ve been playing together for six years and it’s cool. The band gets to know each other a lot thanks to trips to concerts and home. We really enjoyed shooting and the creative atmosphere in the studio. It’s such a joy and a candy to record a record together. Vladimír: I have known Zdeněk for a long time, because she also works as a sound engineer, and when I played in the band Echt !, he heard us a few times. And also with Lost Illusions (folk formation of the Zatloukalov brothers together with Jamaica Koblicova – editor’s note). After breaking up with Michal, I remembered Zdeněk and said to myself: He has a good voice, if he sang with us! I found information on the Internet that he had a group of Bedrich and the Desperate, and called him. Zdeněk: I’ve had the band for fun for many years, we play rock ‘n’ roll and blues, but of course I watch music in general. I went to Hudba Praha and before that to Jasná páka for years. And since I have been a moderator and DJ on Radio 1 for thirty years, over the years I have been interviewing Michal Ambrož about the new records of Hudby Praha and performing new songs, sometimes as the first. But I was still standing under the podium as a fan. Now, for a change, I’m on the podium in the first place. From the fan to the frontman, such an offer is not rejected.

INTERVIEWS: Music Prague Band – People appreciate the fact that we did not soften