Review of “An inseparable love” (“The Big Sick”), by Michael Showalter, with Kumail Nanjiani and Zoe Kazan

Just one year after its premiere at the 2017 Sundance Film Festival, this romantic comedy with autobiographical elements, starring, co-written and co-produced by Nanjiani, hits Argentine cinemas. Along with the series Masters of None, from the now discredited Aziz Ansari, this film exposes with merciless black humor, but also with sincerity and tenderness, the misadventures of an immigrant (in this case of Pakistani origin) who is torn between his desire to integrate into American society and respect to traditions and family mandates.

Who usually see Silicon Valley they will meet the Dinesh Chugtai played by Kumail Nanjiani. But, while in the HBO series created by Mike Judge he has a charming supporting character, here he is the main antihero and co-writer (with his real-life wife Emily V. Gordon). And not only that: the plot is based on his own personal story to the point that his character in fiction keeps his real name.

Kumail was born in Pakistan in 1978 and his family always tried to get him to marry a young woman of that origin and uphold the rigid traditions of those lands. But the thirty-year-old protagonist seeks his own path as a comedian stand-up in Chicago and falls in love with a “white” named Emily (the lovely Zoe Kazan). When she suffers a strange infection that leaves her in a coma, he must join Emily’s parents (Ray Romano and Holly Hunter, both brilliant) to take care of her, overcome the pressures of his own parents and rethink the artistic future with his pathetic stage companions . 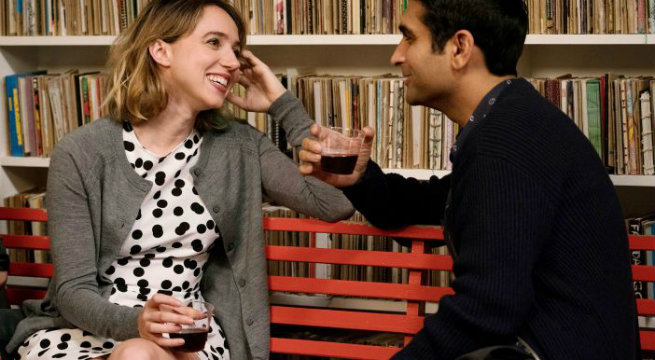 It is not convenient to anticipate anything else, but this film co-produced by that almighty King Midas of the American comedy who is Judd Apatow travels with elegance, sensitivity and, of course, a lot of humor the central knots of a genre so well traveled and in which it is already difficult to surprise like the romantic comedy, in this case with the additions of ethnic manners and picturesqueness (quite attenuated, luckily) and the exploration of the search for identity.

It is true that An inseparable love (gruesome local premiere title) at times it exceeds, branches, extends too much in its 120 minutes, but even so, it has been a long time since this genre found a crowd-pleaser So smart and, yeah, enjoyable like this one. Welcome then this return.

Criticism: Criticism of “An inseparable love” (“The Big Sick”), by Michael Showalter, with Kumail Nanjiani and Zoe Kazan