Recently, in a survey conducted by Statista, JustWatch and CupomValido platforms, we won the silver medal among streaming users and consequently, in audiences in movies and series on these platforms.

With the difficulties and sadness that the pandemic brought to the world, many sectors suffered, on the other hand many also grew, and one of the biggest was the consumption of films and series at home. And the best way to do this is to subscribe to a good streaming platform, to receive new releases in great quality every week.

In this way, the number of subscribers reached record numbers, generating even the creation of new competitors for the great powers already in this market.

Despite the fact that the American population is very dominant in this sector, we already have here in Brazil a group of over 18 million people, and it is estimated that this number will grow a lot over the next few years.

Check the TOP 10 in the chart below: 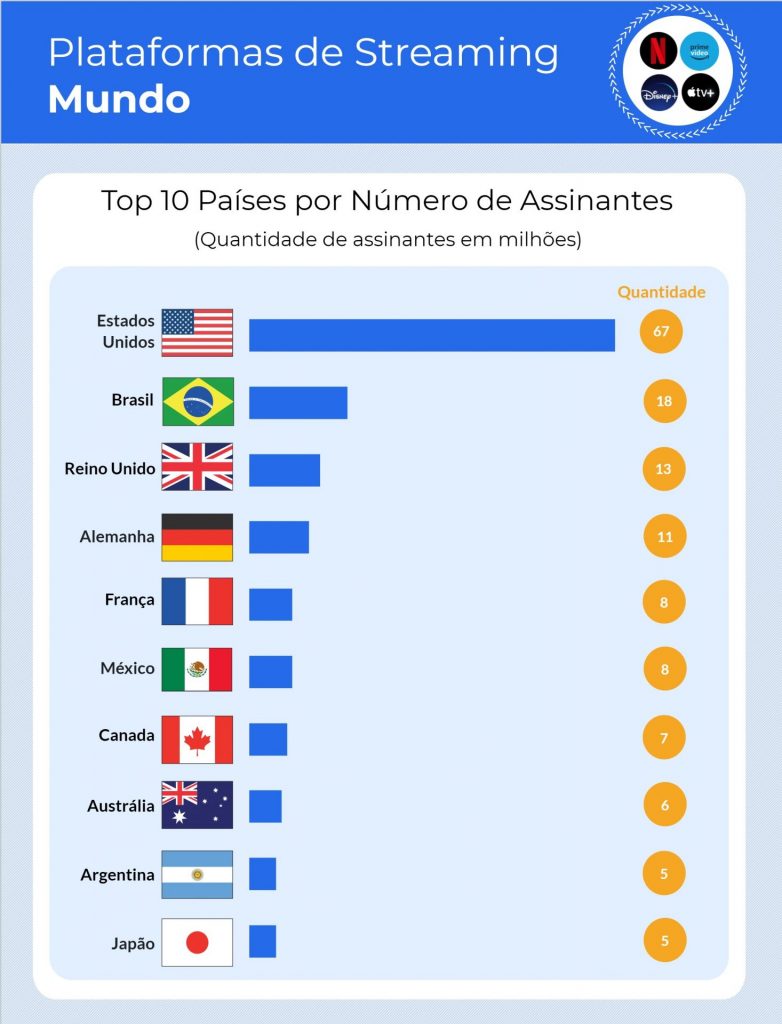 While all streaming platforms grow, one of them stands out. THE Netflix It alone registered over 36 million new subscribers in the last year, resulting in a 47% increase in profits, which would total about $2.7 billion. What justifies the sovereignty of the platform, which guarantees 53.5% of this audience, while the second placed, Amazon Prime Video has only 12.6%. As the graph demonstrates: 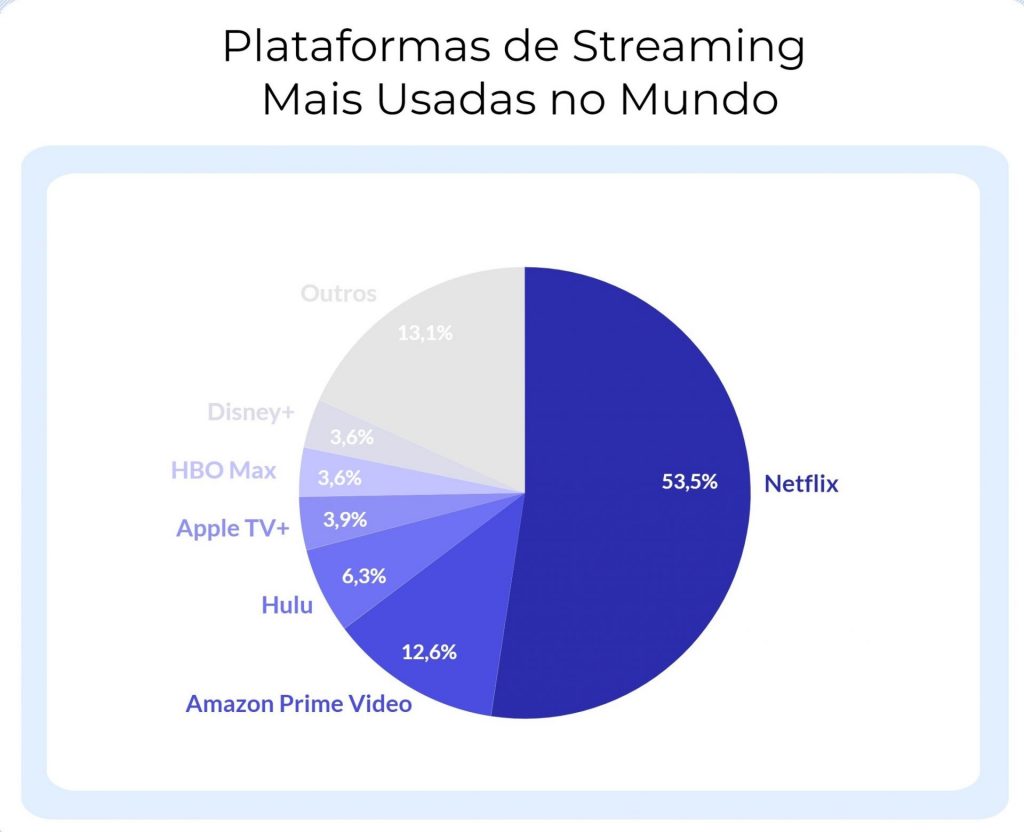 A reflection that we see in the big hits of the moment, such as “La casa de papel” and “Round 6“, non-American productions, but great worldwide successes.

In the case of Brazil, Netflix seems less sovereign, guaranteeing 31% of the audience, Amazon Prime Video also appears in second with 24%, followed by Disney+ (12%), Globoplay (8%) and HBO Max (7%).

One of the reasons given for this lack of supremacy is prices, other streaming platforms have values ​​well below, making it an outlet for this generation that rarely look for content on old TV channels.

In spite of that, it is worth mentioning that we have the 3rd lowest subscription price on Netflix, losing only to Argentina and Turkey.

Even so, the public complains about the monthly fees, because a large part of this migration comes from

Another interesting fact also carried out by this research is the gender preferences of Brazilians, which shows a search for good dramas. 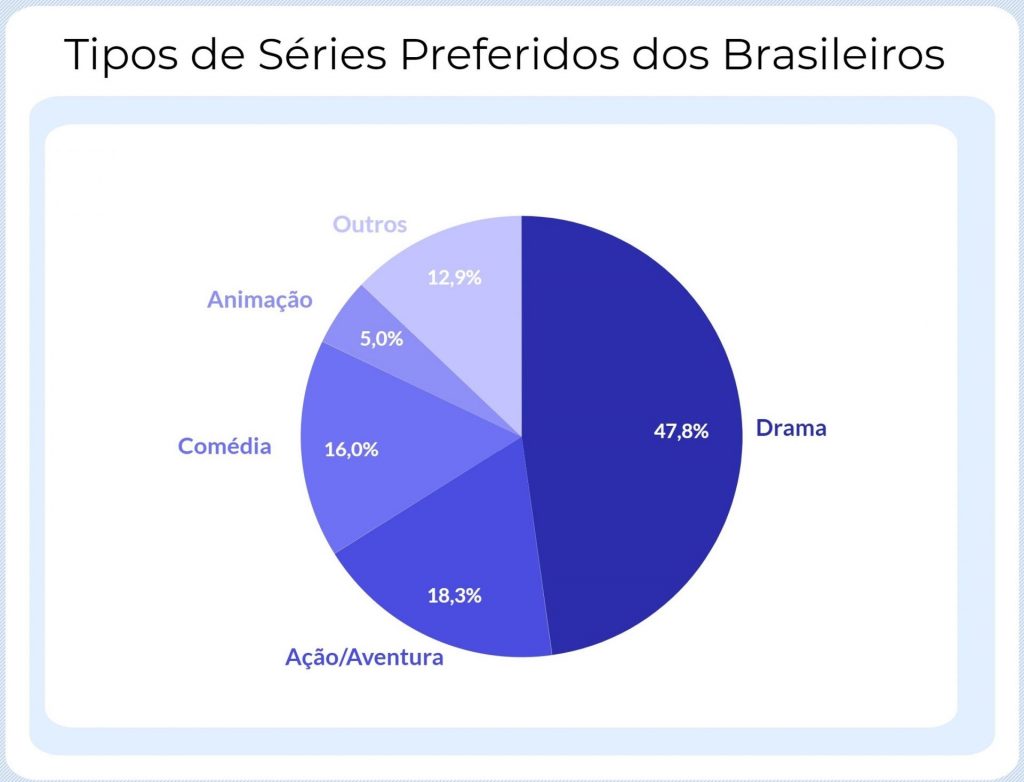 The numbers are incredible and will continue to rise, at the same time new platforms could emerge and take away these sovereignties. But for us, viewers who come more and more, and that their independent productions multiply and monthly fees decrease.

Musician, composer and screenwriter with his left foot sunk in the art and his right foot wanting to be the left one.