the box of Microsoft came to go head-to-head with the popular Playstation 2 and throughout its 20 years of history it has conquered fans, delivered excellent exclusive games, a robust online service and is one of the pioneers in streaming games with the latest Xcloud.

Of course, these 20 years of history would not go unnoticed and Microsoft took advantage of the commemorative date to celebrate its trajectory. The actor Dwayne Jhonson, who participated in the advertising campaign of the first Xbox, returned after 20 years to tell the console’s story and, with the participation of the community, highlighted that the Xbox has become a social tool bringing players from around the world and inclusion, showing the advances to make the gaming experience more adaptable for disabled people. In addition to the party to celebrate 20 years, Microsoft took the opportunity to share some news. We list the main ones below:

Scheduled for release date December 13, 2021, the documentary Power On will be released to several free streaming platforms, including Youtube.

The documentary will be divided into 6 episodes and will focus on the 20 years of the brand, on the creation of the console highlighting its successes, mistakes, defects and much more.

One of the most awaited ads by the community already used to the retro xbox compatibility, altogether 76 games from past generations Xbox e Xbox 360 will be available to play on the Xbox Series X|S. Games will support Auto HDR e resolution enhancement.

Another new feature that accompanies this announcement is the arrival of FPS Boost, the feature promises to increase the frame rate of backward compatible games. In their original versions, these games ran at lower frame rates. In the new generation it will be possible to try these games and have a more fluid animation experience. FPS Boost will also arrive for the Xbox Cloud Gaming in some selected games.

Check out the full list of games coming up for backwards compatibility:

the series of Halo which is in pre-production had its teaser presented. The adaptation will tell the story of the conflict between humanity and the alien threat known as the Covenant. The teaser shows several close-ups of the armor of the Master Chief and shivers with the voice of Cortana welcoming the character.

A Halo Live Action Series will arrive sometime in 2022 by the Paramont +.

Despite being in the status of Beta, Microsoft made available the mode multiplayer for everyone to play. The Halo franchise has followed the Xbox history since its launch and completes 20 years with Xbox with the new game and campaign scheduled for December 8, 2021. The multiplayer mode can now be accessed and played for free on Xbox One, Xbox Series X|S e PC.

It is not necessary to have any kind of subscription to Microsoft services to play Halo multiplayer mode, which already has the 1st season, Heroes of Reach, In progress.

Players will have access to all Season 1 maps, the main modes and the Battle Pass.

If you like and celebrate the Xbox brand, a number of commemorative products have been launched. A 20-year-old Xbox Special Edition Wireless Controller is now available. The 20 year special edition has all the latest features and can be easily paired with consoles, PC and mobile systems running Android and IOS via wireless technology and Bluetooth.

If you’re one of those who collect really unique items, taking everyone by surprise, Gucci unveiled its partnership in celebration of 20 years of the Xbox brand. Composed of an Xbox Series X console with the well-known GG patterns of the Gucci brand engraved by laser, two controls with a blue and red stripe and a rigid case for transporting items with the stamped “XBOX” and “GOOD GAME” brand. There will only be 100 units available via gucci.com . 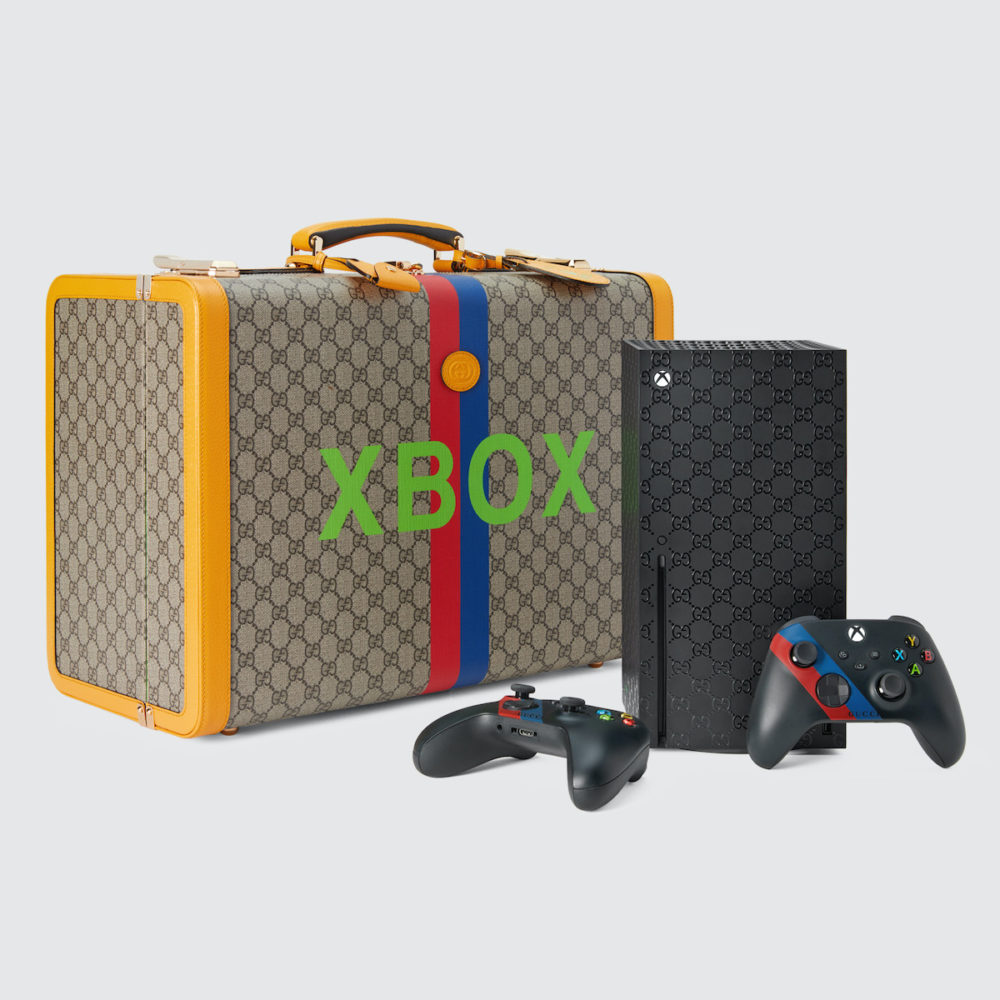 Urban architect, postgraduate in game development and vocalist. I play all kinds of games, almost never platinum and I always lose in online matches.